Chassis suspension system is the general term for all force-transmitting connection devices between the frame of the car and the axle or wheels. The main function of the suspension is to transmit all the forces and moments acting between the wheels and the body, such as supporting force, braking force and driving force etc. It also mitigates the impact load transmitted to the vehicle body from uneven roads, decays the resulting vibration, ensures the comfort of the drivers, and reduces the dynamic load of the cargo and the vehicle itself. 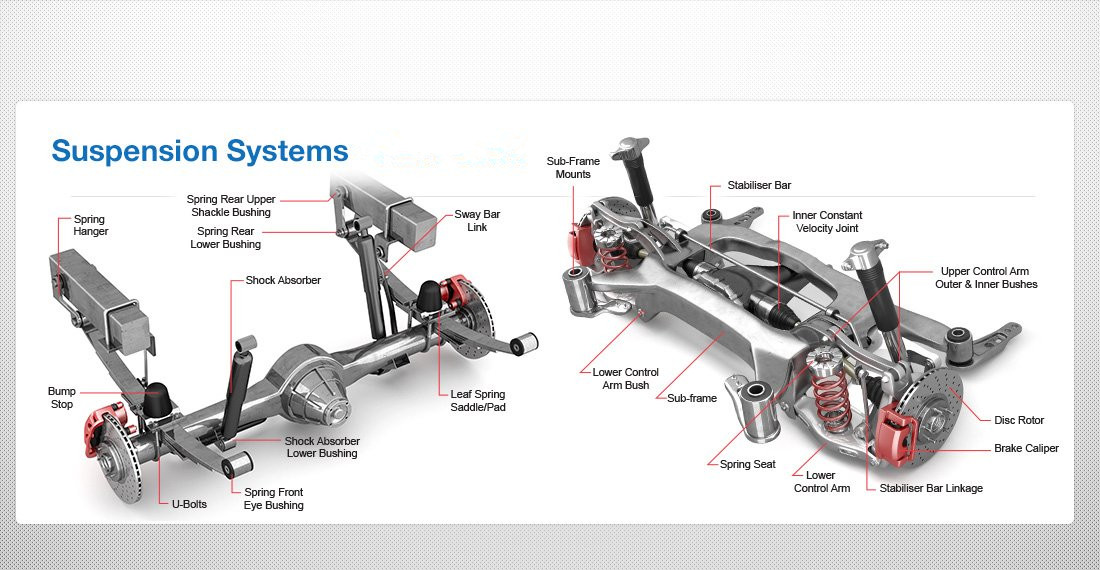 Since a rod is directly and rigidly connected to the wheels on both sides, the impact and vibration of one wheel will inevitably affect the other wheel, so that it will naturally not get better handling stability and comfort. At the same time, due to the mutual influence of the left and right wheels also easily affects the stability of the car body, and rollover is more likely to occur when turning.

The sense of solidity is very obvious. Since the wheels on both sides of the independent suspension car are connected to the body independently of each other, from the perspective of use, when one wheel is impacted or vibrated, the impact can be absorbed by the elastic element itself, and this impact will not affect the other, so the manufacturer can obtain a reasonable configuration in terms of ride comfort, stability, and handling stability through appropriate adjustments at the beginning of the design of the model. Generally speaking, the handling and comfort of independent suspension cars are significantly better than those of non-independent suspension cars.

Suspension connects the frame and the wheels elastically, and is related to the various performance of the car. It is one of the three most important assemblies of the car (the other two are: engine and gearbox). From the structural point of view, the car suspension is only composed of some simple components such as rods, tubes and springs, but the car suspension is a very difficult car assembly to meet the requirements of perfection. This is because the suspension must meet the steering stability of the car, but also to ensure the comfort requirements of the car, and these two aspects are contradictory. 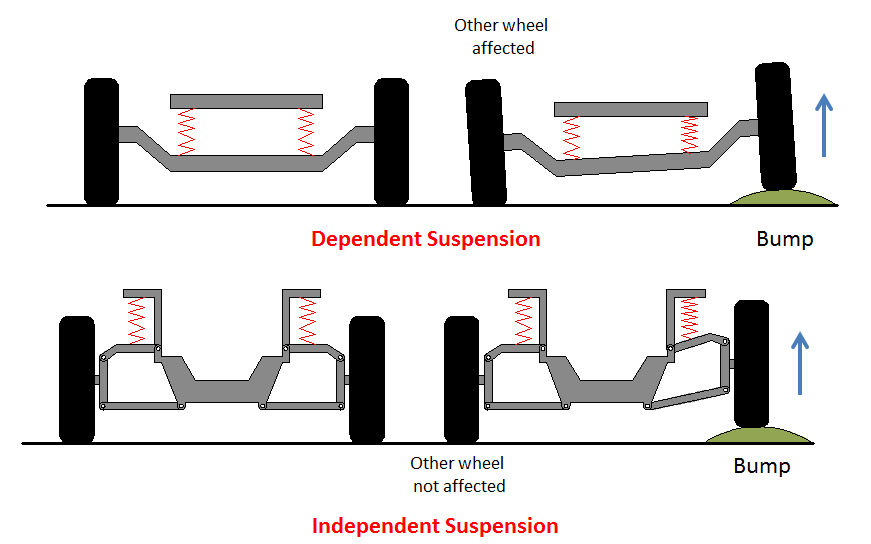